The Real Me Play

Brio Project: The Real Me

The Real Me Play

The Real Me is a dramatic one act play by Joseph Sorrentino that gives a rare glimpse into a family who has a child with a disability. You, as the interviewer, will hear of the multi-faceted journey of Nancy, a 24-year-old woman with a developmental disability, and her parents, Ann and Don. This compelling story derives from interviews of 8 families conducted by the playwright. Our intern, Erin MacArthur, will star in this original play and we have two wonderful actors playing her parents, Wendy Feign and Timothy Leahy. 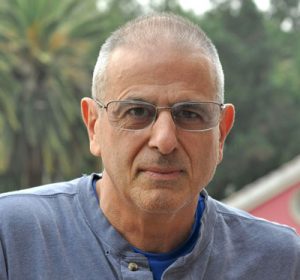 Joseph Sorrentino is playwright, freelance journalist and photographer. His published plays include, “Louis’ Lottery”, “The Gavones of Philadelphia” and “Headin’ South,” He has also published 17 ten-minute plays known collectively as “The Frankenharry Plays,” which have been produced all over the US and in several other countries. As a journalist and documentary photographer, he has written about and photographed social issues for over 30 years. He currently lives in Albuquerque, NM.

Nancy, the daughter
played by Erin MacArther
Erin is a Brio Intern who has a disability, which doesn’t stop her from being an actress. Her favorite actress is Judy Garland. She started her acting career in The Portal movie, a Brio production. She is very excited to debut the play in London.

The Real Me Timeline 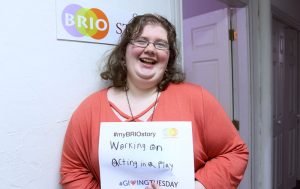 In 2017, we received a letter from Joseph Sorrentino. He was inquiring if we would be interested in producing his play The Real Me in the Boston area. Sahar Ahmed, our founder and director, read the script and with further discussions with Joseph agreed with a resounding Yes! She loved the script. She was also thinking this would be a great vehicle for Erin MacArthur, who acted in the movie ‘The Portal’ and would be a Brio intern in the fall.

Erin was quite excited to hear about the script, but was a little worried about having such a big part. She was bitten by the acting bug through working on the movie, and she said she would give it her all. She slowly memorized her lines, and practiced with the staff by reading the script with them. 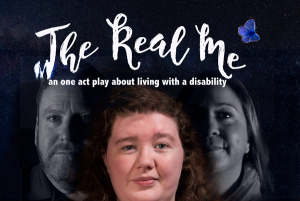 The Real Me premieres at Lesley University

The original cast members were added to play the parents: Bob Sheehy, local actor/comedian and Kerry Patenaude, a teacher/actor. We held rehearsals through the winter and spring later in the day and on weekends. They help Erin feel at ease and perfect her skill as an actor.

Starring:
Bob Sheehy: actor and stand up comedian for more than twenty years. He has appeared on stage with such names as Dane Cook and Steven Wright. Appearing in many independently produced films and television shows, as well as several theatrical productions.

Kerry Patenaude: doctoral student in Lesley University’s individually-designed interdisciplinary Educational Studies program and a Research Associate at the Lurie Institute for Disability Policy-Heller School at Brandeis University, managing the National Research Center for Parents with Disabilities. Kerry has worked with students with disabilities of all ages for over 25 years, including as a mother.

Erin MacArthur: best known for her appearance in The Portal Movie, 2016. Erin has wanted to be an actress since she first saw The Wizard of Oz featuring Judy Garland. Her inspirations are Judy Garland, Julie Andrews and Tamera Mowry Housley. Erin has a passion for acting and singing. Theatre. 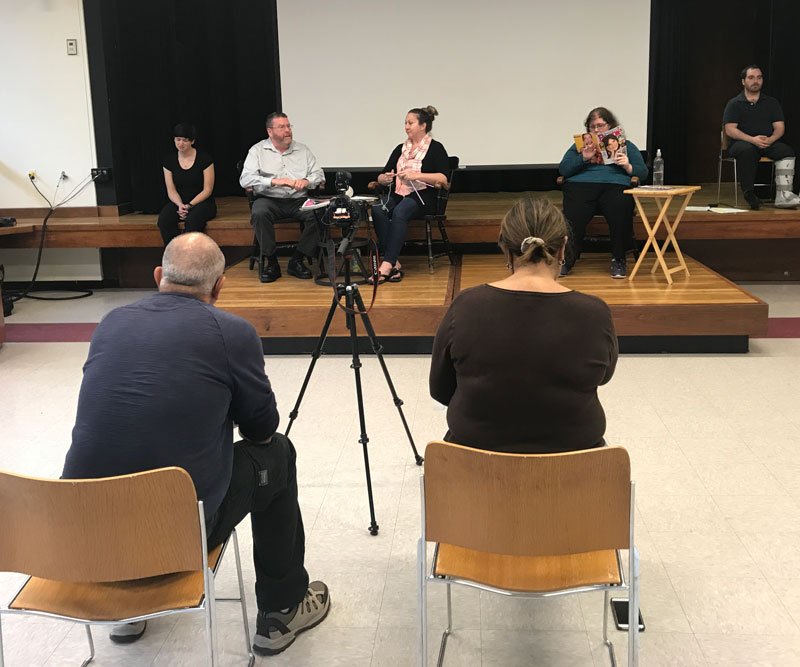 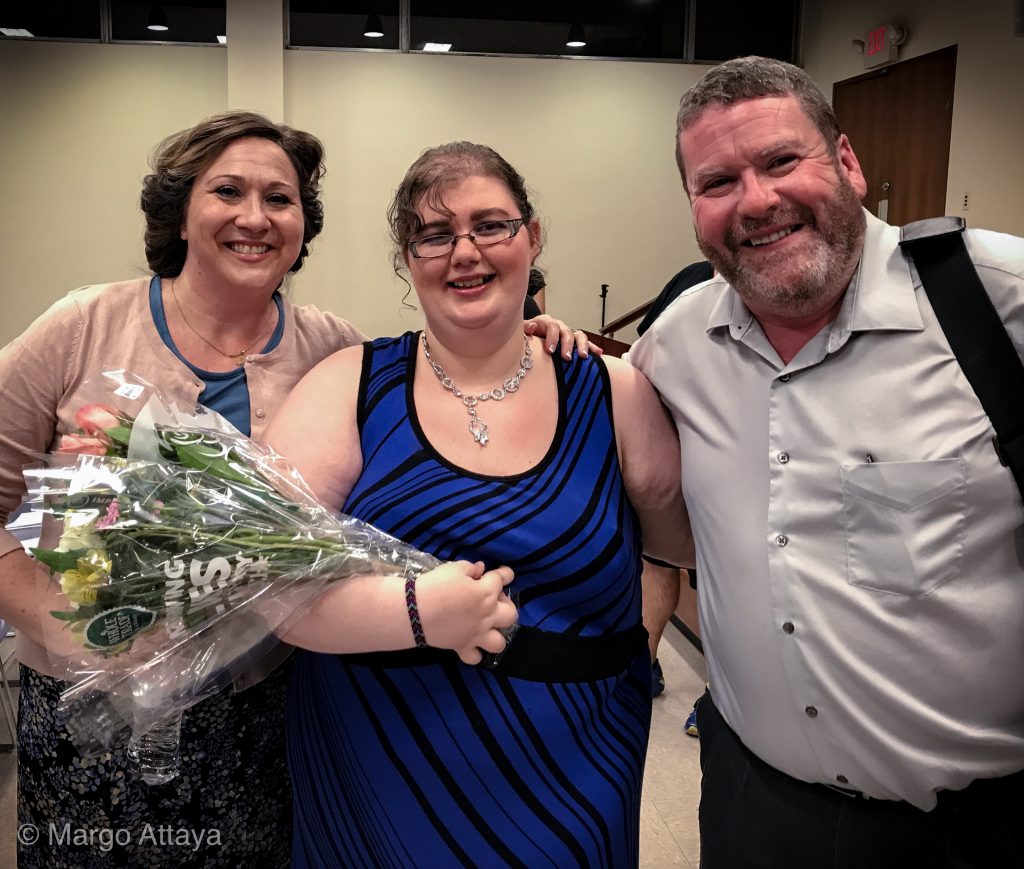 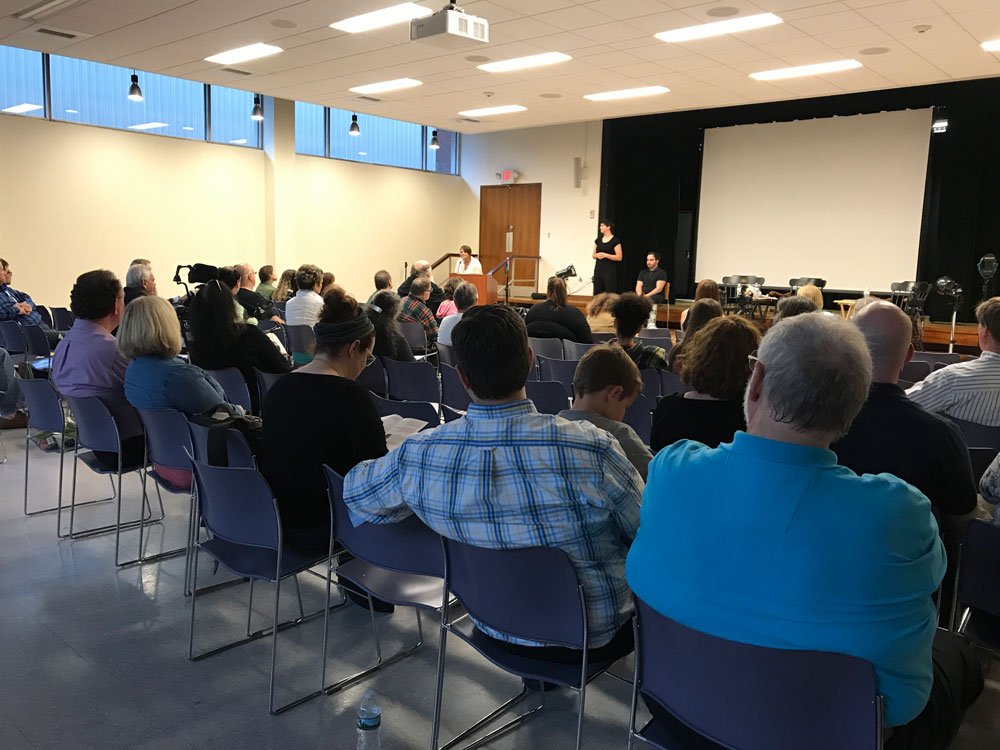 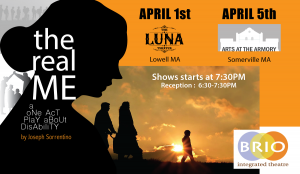 Two performances in Lowell and Somerville

In 2019, we had changed some of our cast members and found a few venues to perform our play The Real Me. Tim Leahy and Wendy Feign replaced the other actors who played the parents. All the actors rehearsed and practiced with Erin after hours at Brio’s new offices and at the venues. Two new venues were found: the Luna Theater in the vibrant Mill No. 5 complex in Lowell, and at the Arts at the Armory in Somerville during the first week of April.

It was an amazing week of back to back performances with new audiences. Being on a real stage at Luna and Arts for the Armory was thrilling for the whole Brio crew.  Before the Luna show, we played Nupath’s new short film, as well as the Brio interns new music video Perfect from our The Portal movie. After the shows, we had a Q&A with the playwright and cast. At the Luna show, we had the original parents who were part of the study that Joesph had interviewed. After the Q&A we gave out blue lights to everyone to shine for Autism Awareness Day. 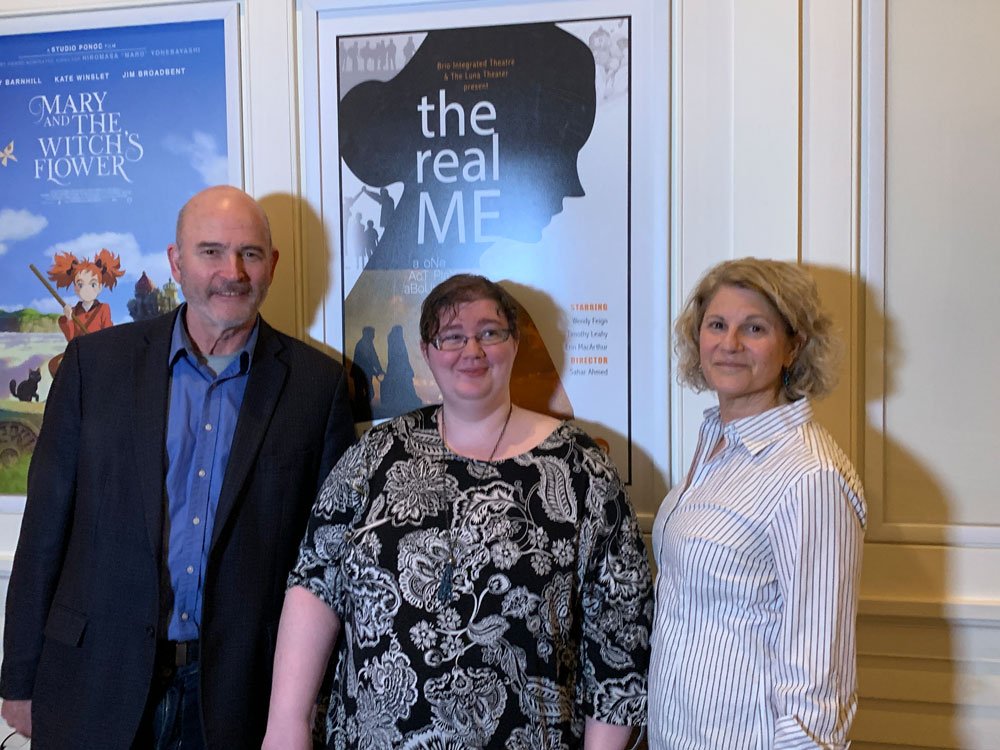 Cast Members at the Luna Theater 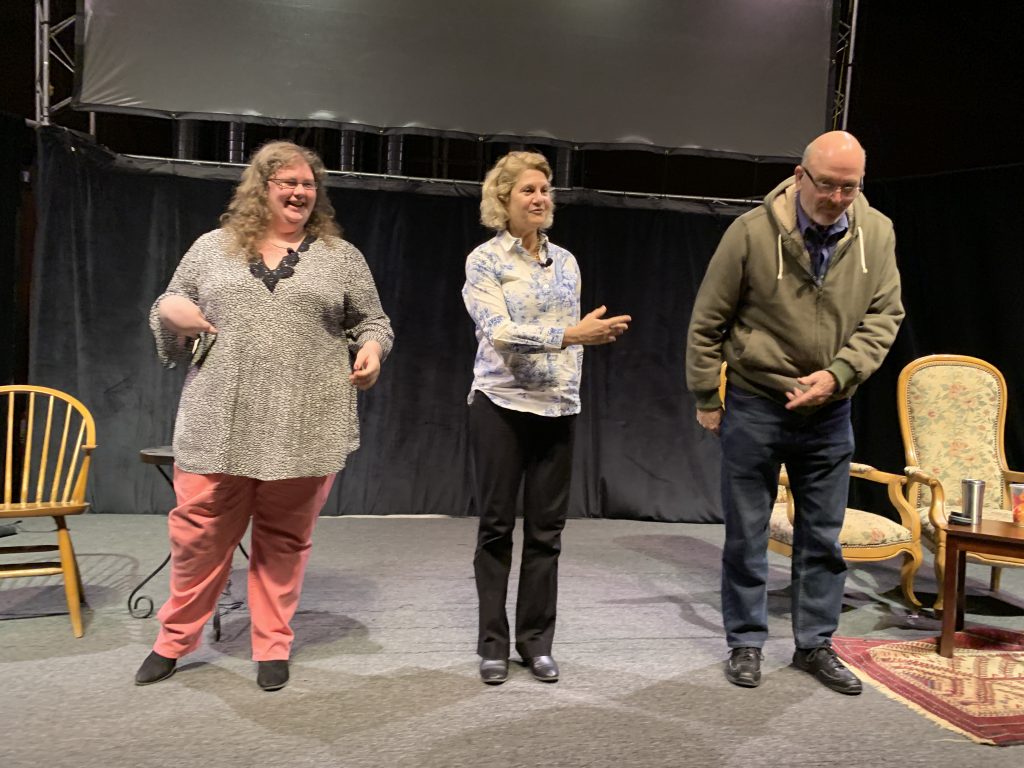 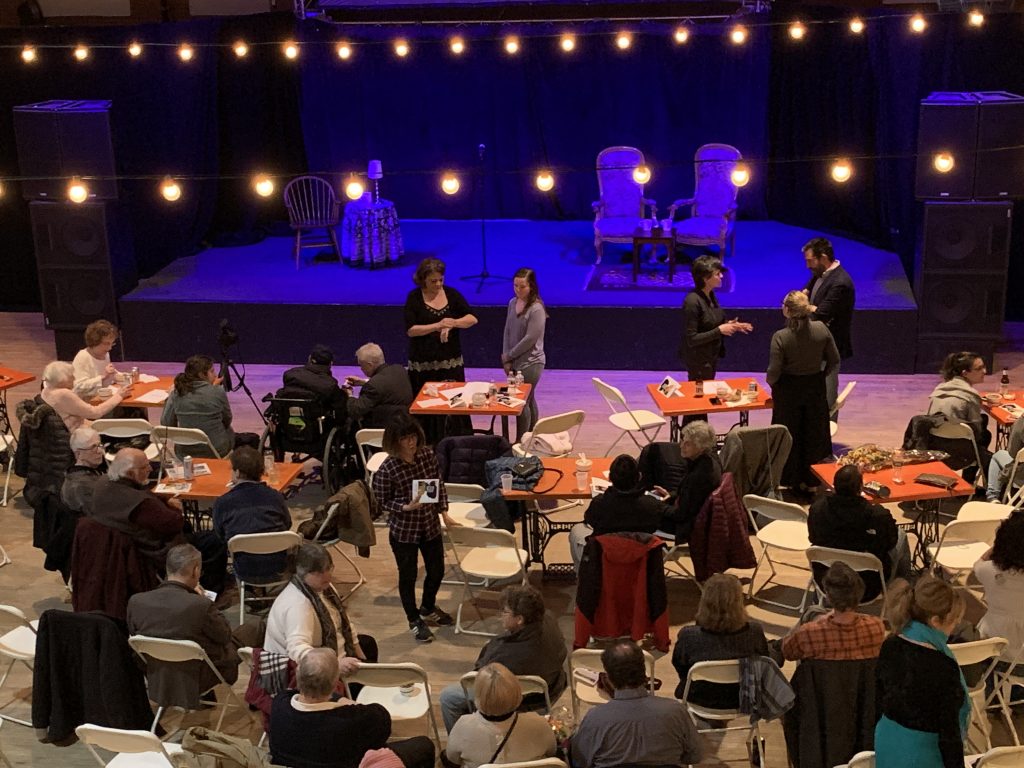 Somerville Arts at the Amory 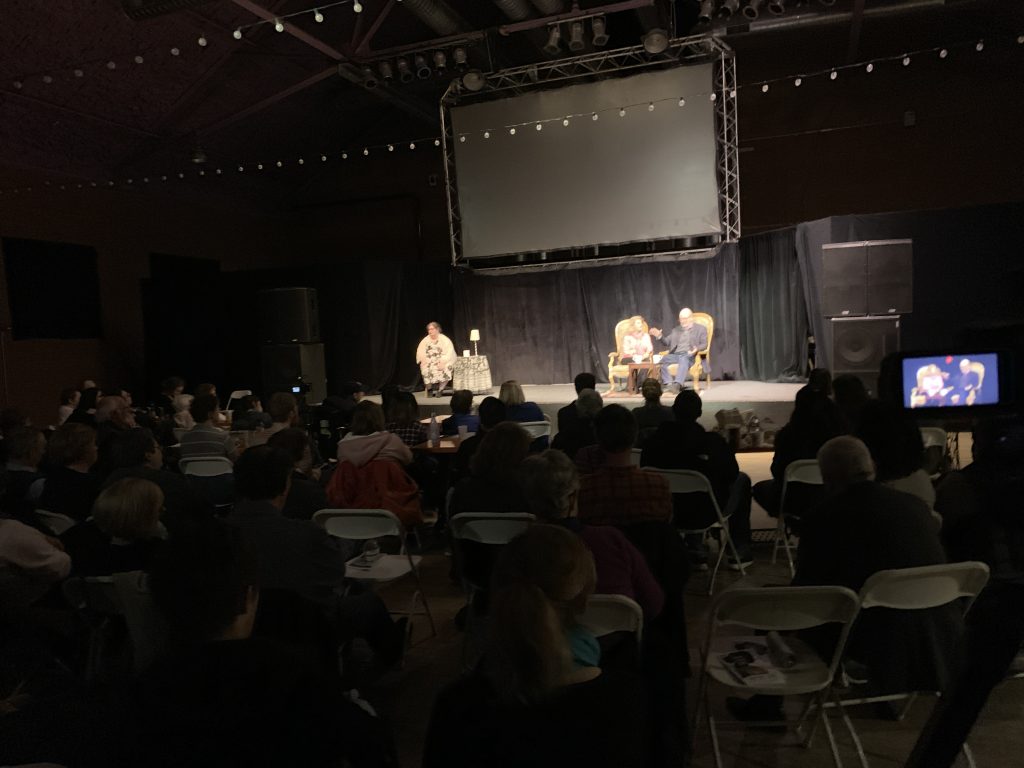 The stage in Somerville 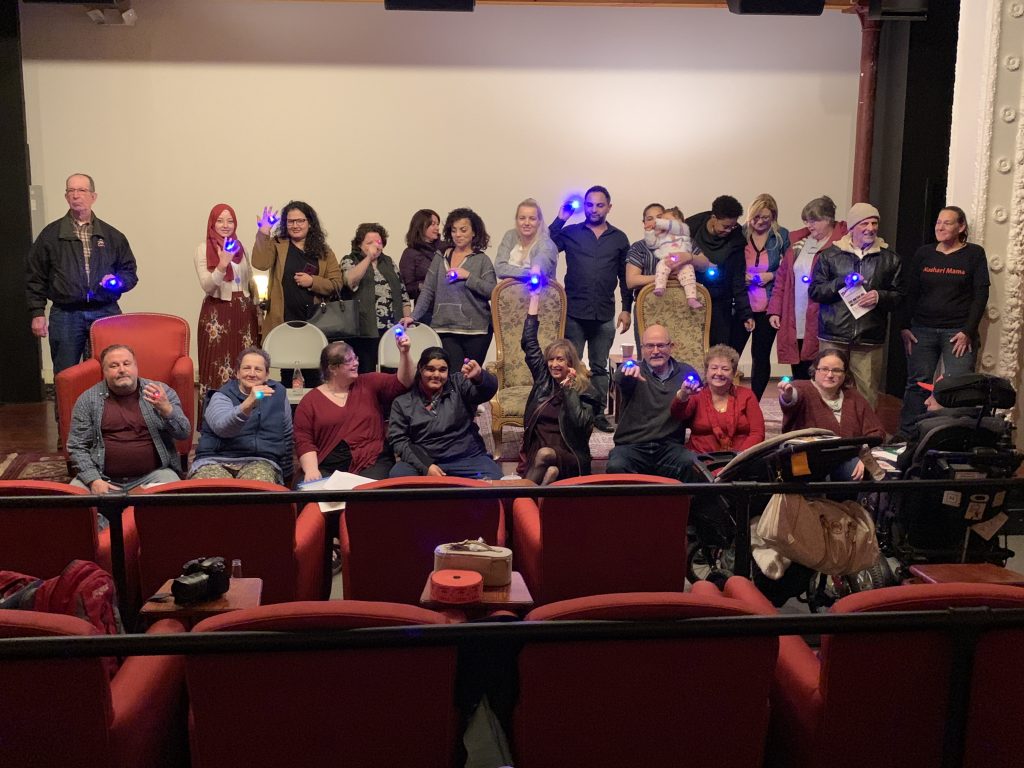 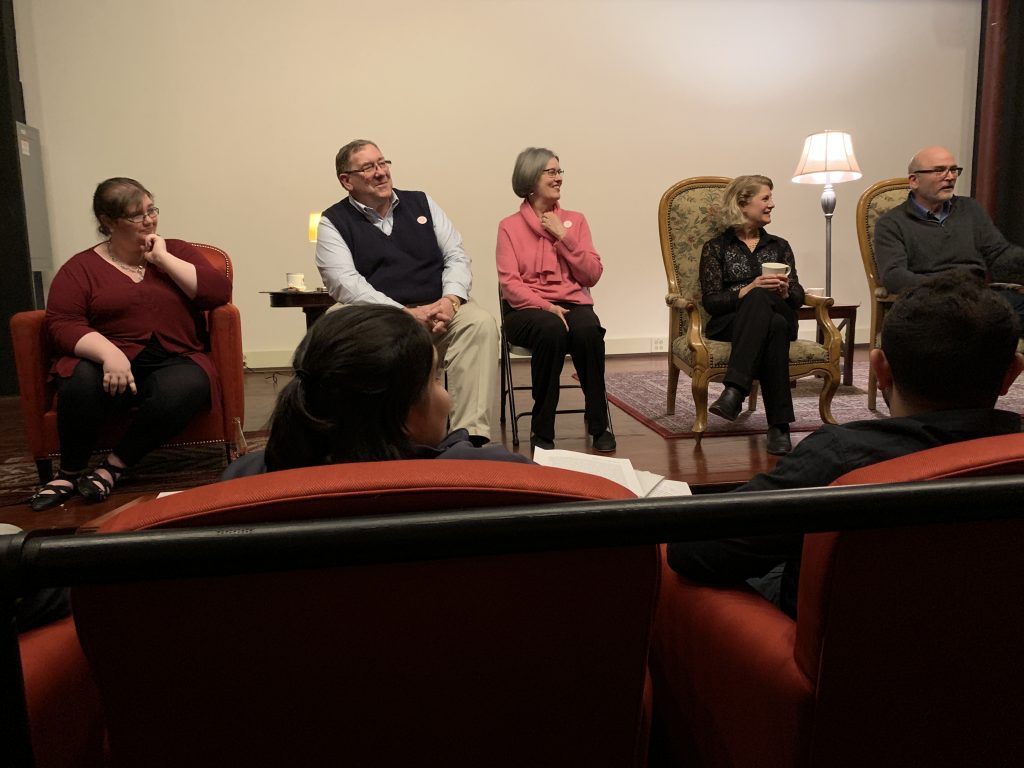 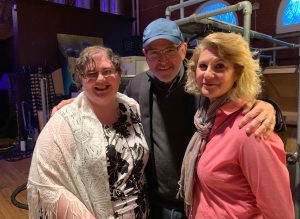 2020 a Year of Postponements & Cancellations

After such a busy year in 2019, the cast continued to rehearse in the fall for upcoming performances which did not happen due to the Covid pandemic.

The following were postponed or canceled.

It was sad not to continue performing our play, especially in London with the AMICI, who we have a close artistic relationship. They are the group that inspired our founder, Sahar Ahmed, to create Brio Integrated Theater. 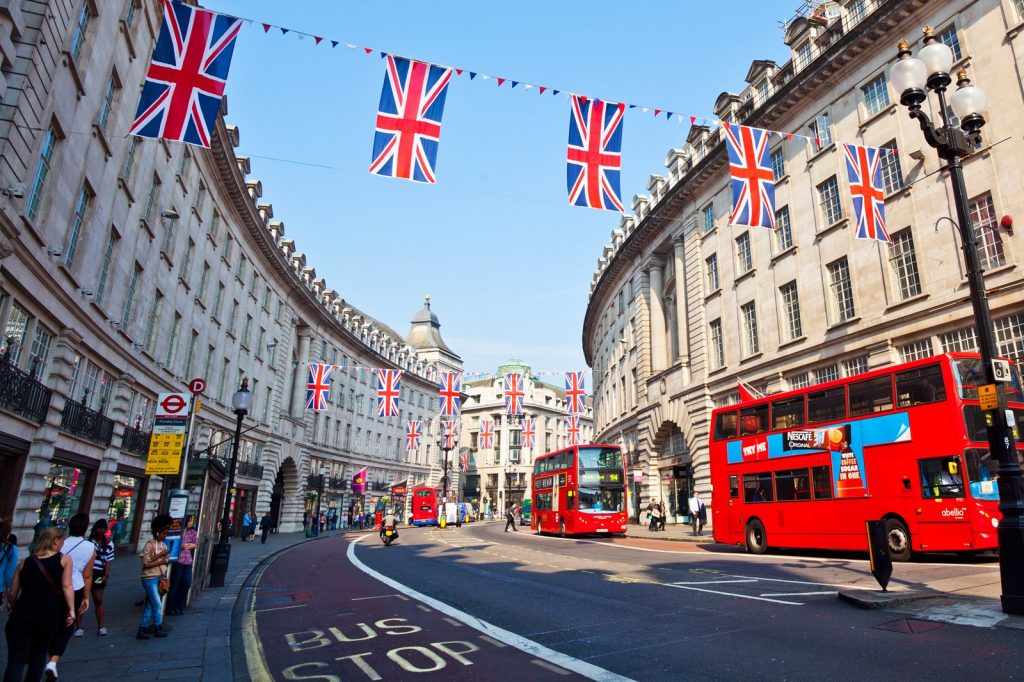 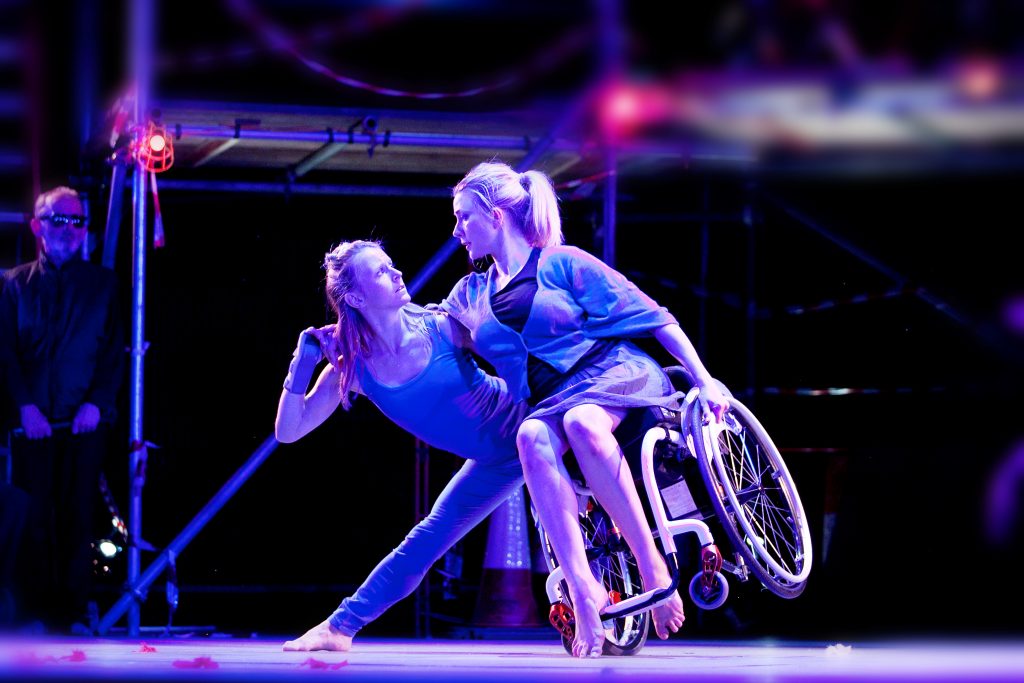 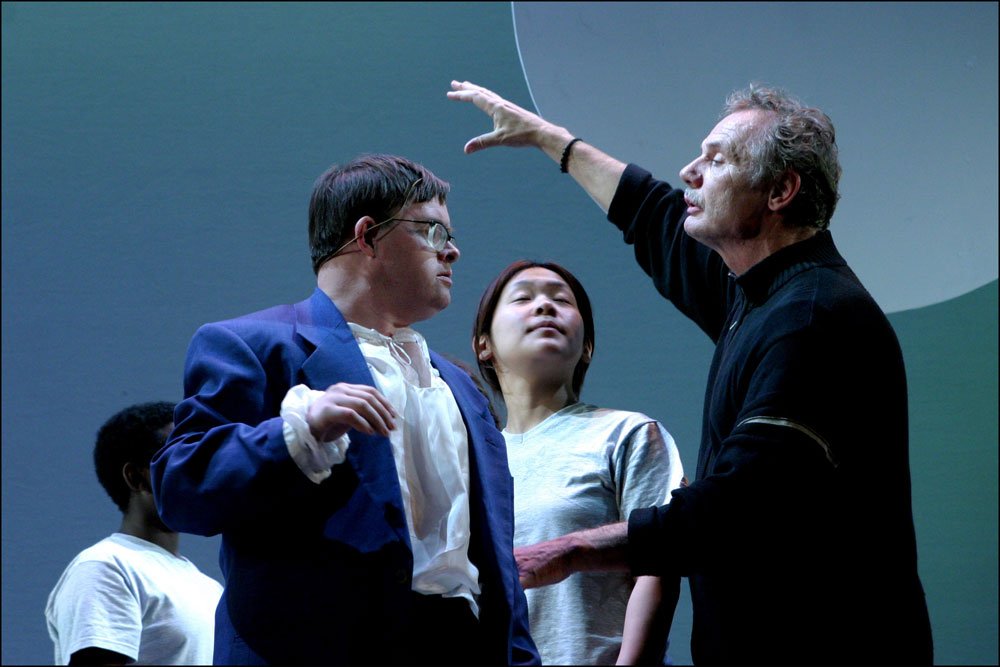 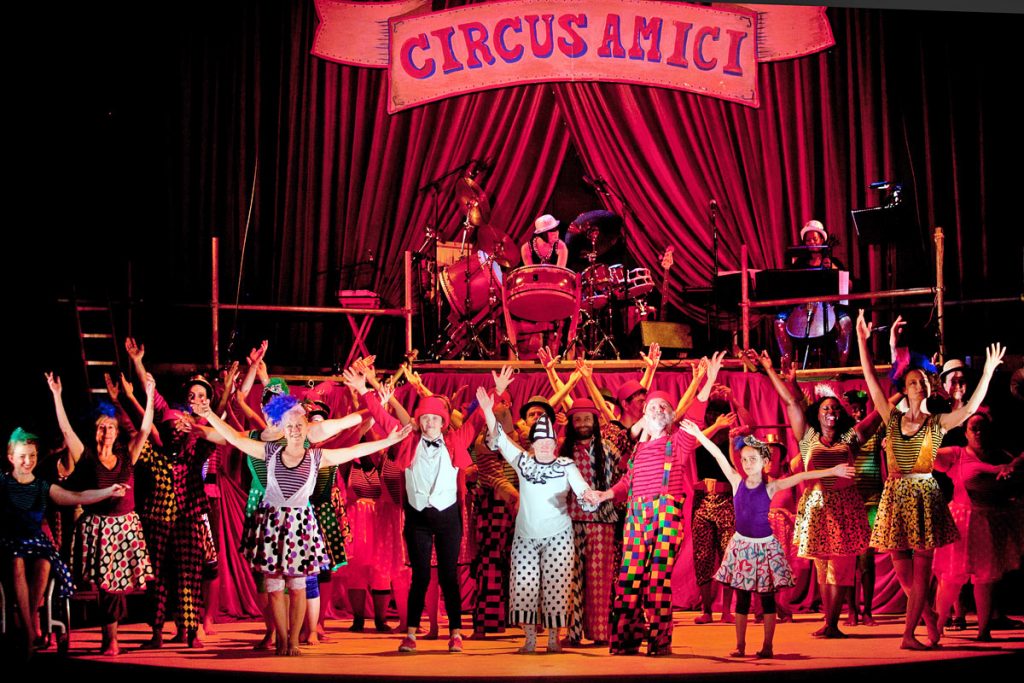 Going green and remote in 2021

No more live performance slowed down our momentum, one for our actors moved to another state. What to do? We decided to do a performance of The Real Me to be seen locally and perhaps to the world on the internet. Due to COVID safety protocols, all cast members were filmed individually with a green screen. Locally we filmed two of our cast members in the WinCAM green screen studio where interns helped. Now the magic of editing needed to be done, and Program director, Margo Attaya, showed intern, Brain Hunt, how to edit this very complex project from three different shoots to appear that the actors are in the same place and in the same room. He grasp the technique and followed the script, editing the 40 minute film with help from Margo.

Stay tuned to our next venue – whether on the web or on stage.