I have been coming every Friday to Brio since 2017. I became an intern after I graduated from the Burlington High School LABBB program. They were collaborating with LABBB to do a movie with the students. Fellow students helped to create the story, and the Friday Intern Team worked on the script (head writer and friend Nick Stavre and Alex wrote the script), and we filmed at the high school and at BCAT. I had transferred from Lexington in the middle of the project and Brio made a character just for me because I really wanted to be part of the movie. The camaraderie and excitement with acting with others was a dream come to true and it was there I got the acting bug. We had a showing part 1 and 2 of this amazing film THE PORTAL. We had a fun premier of Part One with a red carpet and limos, plus the press was there. Walking down the red carpet, I felt like a real Hollywood star.

When I became an intern at Brio, they asked if I was interested in doing a play by Joseph Sorentino called ‘The Real Me’. It is about a family who has a daughter who has a developmental disability. My character was the daughter Nancy. It is a one act play and has over 60 pages, my character has a lot of lines. I had never done this type of project before. I had to memorize every single line, which Brio helped me with. I worked with two sets of ‘parents’ – one in 2018 and another in 2019. Up on stage I knew I was where I meant to be. In 2020, we were making plans to go to London with the play for the special Anniversary festival for the Amici Dance Theatre Company, but the pandemic got in the way and it was postponed. We are still practicing and hoping we’ll be up back on the stage soon.

At Brio I feel a part of a special creative community. We work on our own individual projects, as well as group projects where we all come together. Our bond gets stronger when we’re all cooking together as a fantastic team. Our new group project is called ‘Save Erce’, a fictional podcast that will have up to 10 episodes in Season One. I’ll be voice acting as the character Electra, the teenage witch. What makes this project different and exciting, it’s a ‘theatre-for-all’ production which means asking people in the community at large to participate in the podcast. It’ll be my first time doing voice acting!

Being part of the Brio community has been the best thing that ever happened to me. As my idol, Judy Garland sang ”Somewhere over the rainbow, skies are blue, and the dreams that you dare to dream really do come true”. 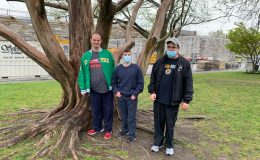 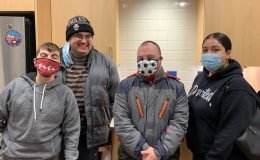 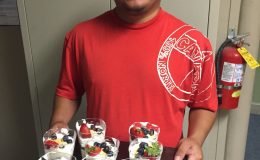