Light It Up Blue Winchester 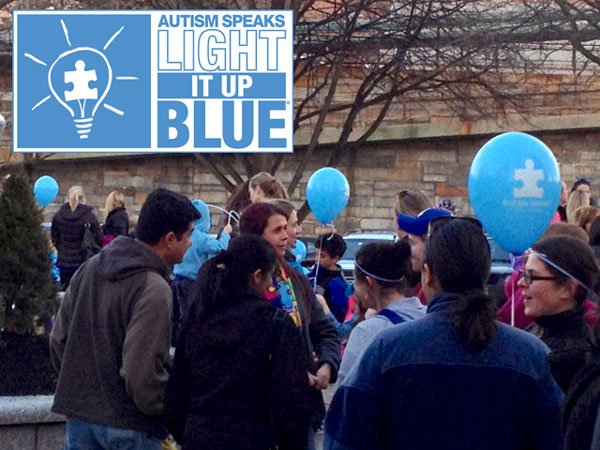 Light It Up Blue Winchester

Come and join us for the lighting ceremony on April 2nd on the Winchester Town Common at 7:00 PM!  Come celebrate with us and join us with a hot cup of coffee from Roast Coffee and donut from Dunkin Donuts. We will also have free giveaways, free raffles and balloons. Wear blue to help celebrate Autism Awareness Day.

April 2nd, Autism Speaks celebrates Light It Up Blue along with the international autism community, in commemoration of the United Nations-sanctioned World Autism Awareness Day. This is Winchester’s third year.

On World Autism Awareness Day, Autism Speaks celebrates its international Light It Up Blue Campaign. Thousands of iconic landmarks, communities, businesses and homes across the globe unite by shining bright blue lights in honor of the millions of individuals and families around the world affected by autism. We are asking people, schools, town, business to Light It Up Blue Winchester by wearing blue April 2nd and for days in April, light up your porch in blue lights, make a special blue to remind others about autism. 7 continents, 1300 cities, 8400 landmarks, and even the international space station are joining in April 2.

What is World Autism Awareness Day and Light It Up Blue?

World Autism Awareness Day (WAAD), celebrated each year on April 2, was adopted by the United Nations in 2007 to shine a bright light on autism as a growing global health crisis. Autism is one of only three health issues to be recognized with its own day by the United Nations. WAAD activities increase world knowledge of autism and impart information about the importance of early diagnosis and early intervention. Additionally, WAAD celebrates the unique talents and skills of persons with autism around the world.