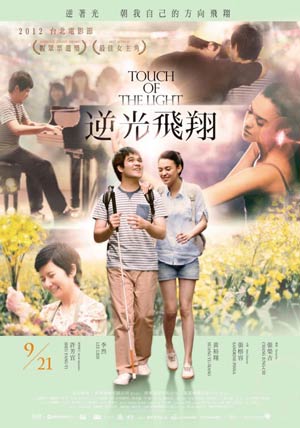 Based on the life story of HUANG Yu-Siang, who stars as himself, TOUCH OF THE LIGHT tells HUANG’s story as a blind piano prodigy from rural Taiwan and his relationship with Xiao Jie (Sandrine PINNA), a young woman who dreams of becoming a dancer despite enormous challenges. Critically acclaimed and warmly received worldwide, TOUCH OF THE LIGHT is blessed with the most striking performance by HUANG Yu-Siang as it celebrates triumphs of those who dare to dream.

One Winchester, Many Traditions is a collaborative project of the Library and the Winchester Multicultural Network, funded by the John a nd Mary Murphy Educational Foundation. The project’s purpose is to welcome residents from other countries and to celebrate the varied cultural heritages of all of Winchester’s residents.