A.R.T. ASL-interpreted Performances for The Tempest 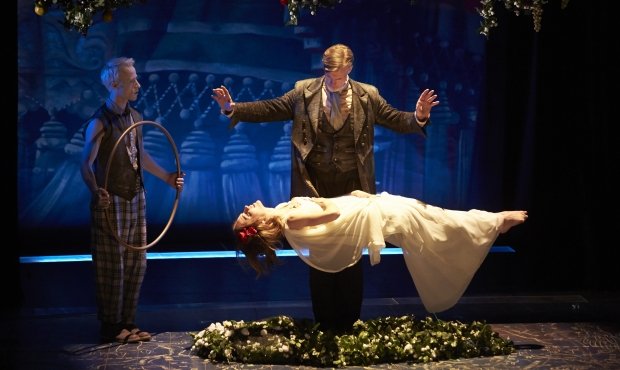 A.R.T. ASL-interpreted Performances for The Tempest

The schedule is as follows:

The Tempest
Experience Prospero’s wizardry as never before in this startling production, featuring magic created by Teller (of the legendary duo Penn & Teller). When shipwrecked aristocrats wash up on the shores of Prospero’s strange island, they find themselves immersed in a world of trickery and amazement, where Tom Waits and Kathleen Brennan’s Dust Bowl balladry, Teller’s magic, and Pilobolus’s movement animate the spirits and monsters. The Tempest is a co-production with The Smith Center for the Performing Arts in Nevada.